Your first Marshall was...

Both amps sounded great and developed my Marshall sound. I think that I’ve been trying to replicate the sound of those two amps ever since.

I probably should have just bought and kept the loaner 2204 amp, because I think that I liked the 2204 a little better than the 2203. Back then though, a 100 watt amp seemed to be was the one to have.

Now, a 50 watt Marshall’s would be my preference over a 100 watt amp. I wish that I had some better pictures of my first Marshall amp. You can barely see the amp behind me.

Sold it after getting my SLP reissue and 4x12, and fully inducted into the NMV cult.

Browneyesound said:
My first Marshall was a JCM800 50W 2x12 combo…not sure of the model, maybe early 80’s, with the vertical inputs, 65W celestions.

Sold it after getting my SLP reissue and 4x12, and fully inducted into the NMV cult.
Click to expand... 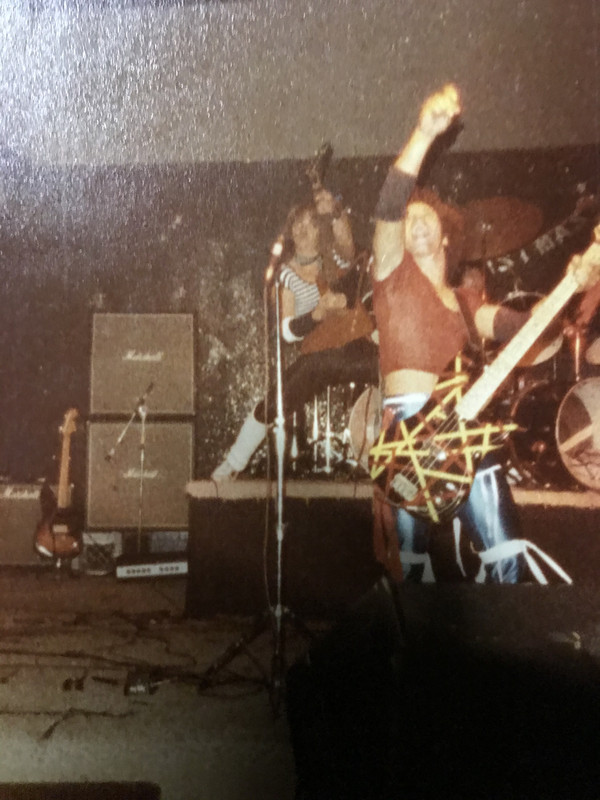 Had the Slash SL5, I regret selling that amp. I bought it dirt cheap off of some doctor guy that was running a mic through it and sold it for 3x what I paid so I cant complain too much. But would be great to have now as a practise amp along with my 100w heads. an EL34 and 12AX7s, vintage 30, did all the AFD100/ Jubilee marshall tones at 5w or down to something like 1w or 1.5w. They are selling now for way too much, almost the price i paid for my 2555x

My first Marshall was the micro stack with the faded grill cloth all the way to the left in the pic, bought it from my downstairs neighbor.
A couple months later I bought the 2- 4x10 cabs all the way to the right from him too.
I used the lead 12 head "line out" into the "power-amp in" on a Peavey Classic 212, and to the 2-4x10 cabs. Head on top of the cabs and the Peavey hidden behind them... I got a lot of questions.
6 months later the other guitarist in my band sold me the 3210.

Location
Somewhere in the old world...

Mine was a 1972 Super Bass. Had belonged to a guy from a punk band and he had stencilled the band name on the front. I took it off with some solvent.

When I was a kid, I couldn't afford a Marshall, but I had no clue about the Mosfet. That would've been just fine. (80's)

Always remember my first Marshall - it was a MG100FX head and cab which my dad bought me by total surprise when I joined my first band, thought it was the bees knees at the time! Ended up part-exchanging it for my first valve head, but in hindsight I should have really kept it for sentimental value.