mickeydg5 said:
I hate working.
There are much better things to do.

And, THAT...is why I'm retiring at the end of next year after 34 years at the same place. Lol...well, only to do half-time amp work (which is like 1/5 time now). Lol, something needs to offset the insurance costs??? :O
C

I first learned about gain as a recording engineer, which I think makes more sense. A typical dynamic mic is a passive device and so its current is extremely low - so it needs a preamplifier just to get it up to usable (nominal) levels. A mic is typically about -45 dBu - and the goal is to get it up to near unity, or 0 dBu - hence GAIN is in the mic preamp.

As all channels get mixed together they are summed at the master faders. Once again your total dBu current may be + or- unity, and so the master faders may be adjusted accordingly. Keep in mind the master faders feed the tape decks, or DAW interface, or PA system. They need to be not too low or too high for that next level of "gain."
Too low and you get noise (signal to noise ratio), too high and you risk hitting the top level of output that component can deliver and you get undesirable distortion and a loss of "clean headroom."

SO - a better engineer will set his master faders at unity, and NOT touch his mic preamp gains, but will adjust the overall volume of the mix with the channel faders to make his master faders (set at unity) feed the next interface with the correct amount of gain for whatever they are controlling. This is why all old mixers have "master" output VU Meters - that should always be set to top out near 0 dB, or unity level.

SO - easiest definition: gain is the "input" signal going into a device and "volume" is the level of output signal from a device set to feed the next stage.

Guitar Amp Gain - this is a different concept. The idea of input as gain and output as volume remains the same. BUT in a guitar amp, the gain is intentionally boosted beyond simple unity - it is pushed far past that level for one simple result - saturation. Tubes and certain other transistor-based components (or diodes) can only pass through a limited amount of current. The harder you push them the more they saturate (clip) which flattens the waveform and gives us what we call "distortion" in amps. Except that it is intentional so we call it "overdrive." In this situation, the overall volume does not increase proportionally to the amount of increase in gain, but the saturation will increase.

The common notion is tubes saturate by adding even harmonics (sound nicer) and silicon saturates with more odd harmonics (not quite as pleasing) but the end result is often the same. Some overdrive pedals are built to boost the "gain" going into a guitar amp's preamp tubes to make them saturate (IE: the "tube screamer" does not contain any tubes). Some tube amps "love pedals" meaning your preamp tubes are susceptible to clipping just by hitting them harder than the amp alone can hit them. Not all amps love pedals.

Other overdrives use internal components to recreate the sound of overdriven tubes but also have volume output controls so you can get that overdriven tube sound from any amp without making it distort. They usually use either diodes (which will clip a sine wave when overdriven), or they overdrive certain transistors (FETs are very good for this, since FETs were designed to replace tubes), or they overdrive the inputs on IC chips. Many pedals use all of the above.

TL/DR "Gain" in mixing is about keeping your levels near unity for the best results in both signal to noise ratio and headroom = usable dynamic range. Gain in guitar amps (or pedals) is how far you can drive any component that is prone to saturation (clipping the sine waveform) to create an "overdriven" sound. Volume is generally just the output level of any given device regardless of how much gain it receives.
Last edited: Jan 2, 2021

Location
The middle east of the united states of America

Gain is basically defined in basic electronics. Do not over think it nor try to make it something it is not.

increase the amount or rate of

Gain is just the ratio of two quantities. When talking about circuits, it's almost always the ratio of some measurement of the output of a circuit or component to its input.

a measure of the increase in signal amplitude produced by an amplifier, expressed as the ratio of output to input.

mickeydg5 said:
Gain is apply defined in basic electronics. Do not over think it nor try to make it something it is not.

increase the amount or rate of
Click to expand...

That's exactly right. Gain is an increase (can be interpreted as any quantity) vs. loss which is...duh...a decrease.
C

Another way to define it is with technology - when a tube or transistor takes an input and works to increase the current for the output, that is gain. The other question is "what is unity gain vs. overdrive gain?"

1. is for Hi-Fi functions or recording techniques
2. is for guitar pedals or amp 12ax7 preamp stages

Russelll said:
Very good, I think I'm going to like this place. . The simple answer to "What is gain?" could be, simply put, "the ratio between input and output. A gain of 1, also known as unity gain, is when input voltage is equal to output voltage. A gain of 2 is a 1:2 ratio, and so on.
Click to expand...

Nailed it! I’ll add “between any two selected points” for Voltage, Current, and/or Wattage. Can you call a variable pot on a guitar amp “gain” then distort the signal later.. apparently that’s how it went down. ;-)
Last edited: Aug 9, 2021

momma says gain is like magical rays of sunshine

Location
The middle east of the united states of America 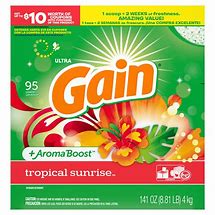 mickeydg5 said:
Its a detergent.

This must be Fender’s soap of choice, cause thing come out pretty clean when you use Gain.

Gain is signal strength within electronic parameters, volume is end result physicial loudness of the electronic signal.
Physical Speaker distortion beyond a speakers capabilities of clearity is not Gain like some think.

Gain can result in volume differences IF the Gain IS controlled WITH the volume control in the circuit. They can be the same in a circuit or sperated in control and seperate controls in an end result.

Imitation is the sincerest form of flattery, right. But, if you don't quote your source I think it's called plagiarism?

Clayton's Custom Cabs said:
Imitation is the sincerest form of flattery, right. But, if you don't quote your source I think it's called plagiarism?
Click to expand...

“Imitation is the sincerest form of flattery” ...I know I’ve heard this quote before.

One of my father's favorite quotes, he used many but never told me where they came from...if he knew.
You must log in or register to reply here.

D
What would account for the low-gain input having vastly lower volume than the high-gain input on a JCM 800?
2 3

B
VS65R Buzz and Hum